These two entrepreneurs are « ready to cook » for China 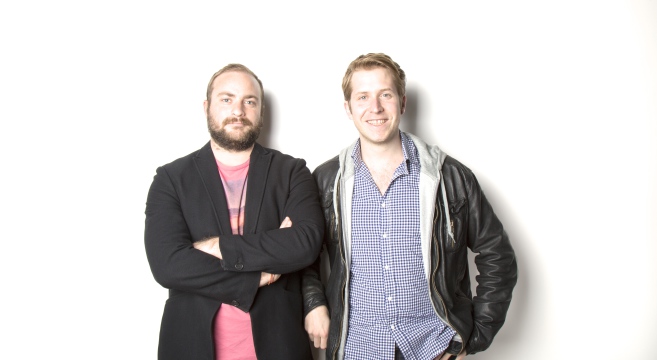 What would we do today without take-out? As much as some love to cook and give their rosti that golden tan, coming home to an empty fridge after a long day of work makes cooking seems to be the biggest burden, and often made us go for a good ol’take-out dish. “Screw that, tonight I’m ordering pizza, kebab, Chinese food, couscous, etc…”

Sadly, once our stomachs are full, we often tell ourselves: “Frankly, that wasn’t great.” The dish was cold. The vegetables were mushy or undercooked. We have no idea of where the ingredients come from, or what’s their nutritional value. We don’t really know what we are eating. Today, we find ourselves stuck in between quality home cooking and take-out that’s not really good, nor healthy, nor appetizing.”

Simon Vogel and Wolfgang Illing​​, two entrepreneurs who went on the quest to conquer the Chinese food delivery market, didn’t think this was acceptable, and decided to change the paradigm. Instead of a take-out or a pre-cooked dish, why not “ready-to-cook” meals providing all ingredients, already primed, along with the proper recipe?!

On one hand , we’ve got Simon, a 28-year-old Swiss citizen, coming from a family of “hard sciences teachers”. During his childhood, biology and chemistry were subjects that prevailed around the dinner table and guided him in studying math and physics in high school at Marcelin Gymnasium, in Morges.

Once graduated, he decideed to hit the road and backpack around Australia before eventually starting to study at EPFL in Switzerland. It’s Down Under that Simon has a revelation and discovers a new passion: eating and drinking! Back in Switzerland, he then changes his mind and enrolls at EHL, the prestigious hotel school. He successfully obtains his bachelor in “Hospitality Management” during the summer of 2011 and started his career in a prestigious hotel in Doha, Qatar a few months later.

On the other hand, we’ve got Wolfgang from Germany, who at 16, left for a student exchange program in Thailand and then moved to the United States to study hospitality.

Realizing the university program is not living up to his expectations, he heads to Switzerland, a leading country in the hospitality field, and he joined EHL, where he inevitably meets Simon. A few years after graduating, they both are colleagues, in Doha. And now? Hell yeah: Business partners, in Shanghai!

“Saucepan”: the restaurant that knocks on your door!

How did it all start? Once upon a time, Simon took a trip to visit his brother, and inevitably fell in love with the “New York of Asia”: Shanghai. There, he drew the energy and economic incentives needed to launch a new project!

No, it ain’t easy to put your promising career(s) aside and leave from the Middle East to China, but that’s just what Simon and Wolfgang did, in order to develop their catering business.

Getting there they quickly realized that this project would be more challenging than initially planned: the risks higher, the rents more expensive, and they were digging fast through their savings. Entering the Chinese food industry isn’t easy, and the language barrier is a massive challenge. Think. Think. Re-think.

They did. They thought their business model over: “Instead of bringing people to the restaurants, we decided to bring the restaurants home! The concept is to take care of the ‘prep’ing part,’ adequately preparing all of the ingredients required while guaranteeing maximum freshness, with minimal time and effort spent in the kitchen. The added value we provide with our concept is based on control throughout the ‘supply chain,’ from food preparation to delivery.”

“Saucepan” is a small team of entrepreneurs located between Paris, Shanghai and the USA. The project is very fresh, yet our two initiators are looking into raising funds to develop it in Shanghai and later to scale up in major cities within Asia, as well as in Europe.

Beyond their enthusiasm, these young entrepreneurs also learned the art of patience. Because even though English may be considered as “the international language,” when you’re in China, and you don’t speak a single word of Mandarin, it’s another story!

“China is a country where you can take a step forward, sure, but backwards too. It’s important to never forget that YOU must adapt to the country, and not the opposite.”

Despite the initial financial and cultural difficulties, the two entrepreneurs haven’t dropped the case, and firmly believe in the potential of this new market. China and Switzerland have recently signed a free trade agreement, turning the largest country in Asia into a more-than-interesting-market, full of opportunities for any Swiss entrepreneur. (Shall I repeat?)

As entrepreneurs, the two friends naturally support the initiatives launched by Switzerland aiming at entrepreneurial development– nationally or internationally, as well as all cultural exchanges and internships abroad.

However, they truly believe it’s crucial for Switzerland to move both ways, stating “If Switzerland is proud to export its expertise and promote its socio-economic model abroad; facilitating the integration of skilled, knowledgeable foreigners who help making the country move in the right direction, is as essential.”

Do you miss Switzerland?

Clearly, when counting the countries and kilometers already traveled… the question may be wrongly put. When, for years, you live in large cities such as Doha, Sydney, Bombay or Cairo even Zurich, Geneva and Lausanne seem like villages. Nevertheless, Simon and Wolfgang sound like they are still strongly attached to Switzerland and its countryside.

“We recognize the numerous qualities offered by this great country. Through our various travels, most of the people we met did not understand why-the-hell we were leaving Switzerland to work and settle elsewhere! It was important for us to grow personally and professionally, by immersing ourselves in new cultures. We miss Switzerland greatly and we are proud to have lived and studied there. We both know that one day, we will be back!”

Looking forward this this day, buddies! We know some folks who could use some ‘ready-to-cook’ Saucepan soulful food!

Do not hesitate to get in touch with Simon and Wolfgang. They would be happy to share ideas or meet you in Shanghai or in Switzerland soon.

Previous post:
How to find your favorite TV show thanks to subtitles Next Post:
Carlos, the creator of the tortilla in a capsule