Here is a 100% traceable coffee packaged in 100% biodegradable capsules 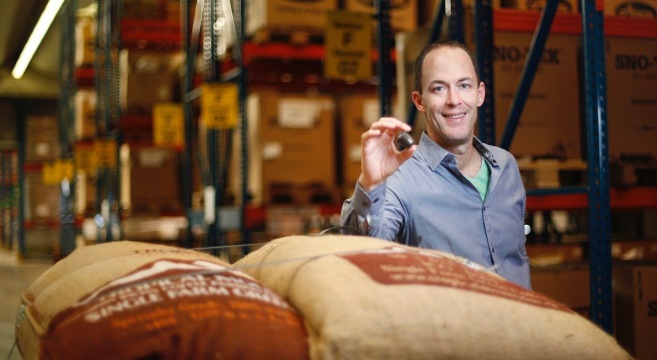 Ah! The enchanting smell of Yirgacheff, the impelling odor of Huehuetenango, the elegance of Caturra! Sounds familiar? No? Don’t panic, even George Clooney would not have guessed these names referred to coffee. Even if most amateurs of a cup of Joe have already added Arabica to their vocabulary, few of us know about the incredible diversity of varieties and flavors that this plant can offer, better known to save our mornings and give us our daily kick!

Perched at 1’500m in the subtropical mountains of central Peru, Thomas Schwegler and his wife Gisella grow all sorts of coffee bushes in their “Finca Tropical Mountains”.  Since 2011, this former trader, who graduated from the University of Applied Sciences in Winterthur, established himself in the Chanchamayo region wherefrom he exports his coffee to the Swiss Alps.

But Thomas is not only a businessman but also a farmer. In effect, he brings out the local savoir faire and pushes for a closer collaboration between producers and consumers in the name of enhanced traceability of consumer goods. From the Andes to the Alps, Tropical Mountains delivers a fair coffee, which is hand picked and whose origin is fully transparent, directly to your homes without any intermediaries.

Founded in Bolivia in 2006, Tropical Mountains wants to offer South American coffee producers a direct access to consumer markets. Thomas is in favor of natural plantations, which require more care and patience but deliver more subtle and intense savors. This guarantees a clear competitive advantage of his beans against a widespread taste blandness that is the result of mass production by multinational corporations.

In 2000, having completed his studies, he decided to move to Equator to teach English instead of starting a career in the banking industry. Witnessing the tough life conditions of poor farmers, he joined a Swiss NGO in Bolivia and assisted various cooperatives to enhance both the quality and the management of coffee commercialization. Dozens of small producers thereby gained their entrepreneurial independence.

2008 saw Tropical Mountains move to Peru where the company changed its primary goals three years later. “I started as a coffee trader before becoming a producer. This is what allowed me to understand the challenges that millions of farmers face every day.” Most of us do not realize that the cup of grind we drink in five minutes requires years of hard work. At least 3 years are necessary before the first beans can be harvested and an additional 2 to 3 years will bring the plant to its full production capacity. However, patience has its virtues. Tropical Mountains has effectively achieved international recognition when it was awarded a gold medal at Germany’s largest espresso and coffee competition earlier this year.

Precious beans of Tipica, Limani, Gran Columbia, Catuai, Geisha (the “champagne of coffee beans”) and many more are cultivated in Peru before being sent to a traditional and familial Swiss roasting company. Their packaging in GrainPro bags guarantees an optimal conservation and parcels are delivered directly to your front door.

This enables a complete monitoring of each and every production step, from the plant to your cup of java. On top of that, Thomas can advice you in terms of roasting or which coffee machine best matches your coffee drinking habits. Although Tropical Mountains and its founders have not revolutionized the coffee industry since the third wave, this young bi-national start-up offers a new packaging: biodegradable capsules, which are compatible with Nespresso machines. They are both durable and ecological and take only 6 months to decompose whereas Clooney’s aluminum ones would last between 150 and 200 years if thrown in nature.

This is has been made possible thanks to a special mix of vegetable fibers and starch, which ensure 100% natural capsules. They cannot be thrown to the compost yet but they burn three times better than wood and emit 88% less fine particles, thus helping the incineration of our waste.

Organic, sustainable, traceable, fair and high quality: what about the price? Tropical Mountains sells each capsule at CHF 0.50 and CHF 0.59 (vs. CHF 0.50 to 0.57 for a Nespresso capsule) and even 250g or 1000g of its artisanal Gourmet coffee if you want to give it a try. At such a price tag, Thomas can play opposite George. What else? Well, in fact, Tropical Mountains amigo!

More information about the website of Tropical Mountains and place your order on the online shop.

Previous post:
Revolutionary socks protect feet better than shoes Next Post:
Challenges for Swiss Start-ups : Is The “Valley of Death” Seeing any Rain in the Distance?