Michael Smith, The man behind the swiss gatherings in NYC 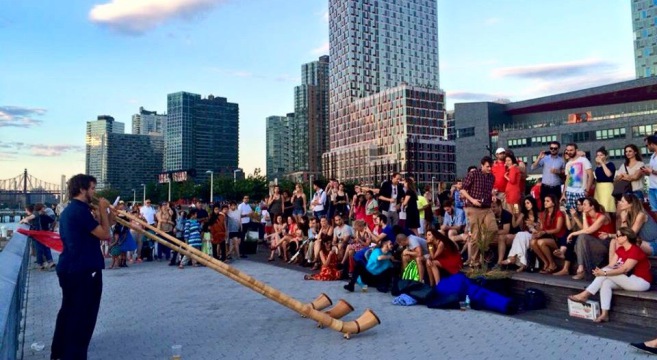 Landing in a foreign city is always a a bit of hassle, and the Swiss tend to travel alone. Going blindfolded and indulging in fate will certainly give you amazing memories, and the Rosti team obviously encourages you to go out of your comfort zone. That being said, starting out following the steps of the locals might be a good idea for a city like New York.
Facilitate the integration of newcomers, sharing tips from the regulars, getting comfortable sharing a drink, that’s Michael Smith’ mission, our expat of the day!

Do you know why Smith is such a big name in the US? Its the surname descending from the blacksmith, a very important position during the Western conquest! Our Smith of the day is also part of that quest wanting to get people together. All sharing the same entrepreneurial dynamic and ambition.

Michael Smith was born in Rüschlikon on Lake Zurich but is truly a citizen of the world: he holds a U.S. passport and also has sino-peruviennes roots. This nice melting pot gave him the opportunity to speak English and Spanish at home as well as German in school. After his degree at the University of Zurich in Business and economics, he obtained a master’s degree at the prestigious University of St. Gallen, with a specialization in marketing. With languages and academics, Mr Smith is already in for a good start. “Start spreading the news, I’m leaving today. I want to be part of it, New York, NY.”

According to Michael’s background not wanting to travel would be a sin! During his studies, he went alone seeking adventures from the Nile to the Ganges, passing through Southeast Asia, South America and Costa Rica to perfect his Spanish. These epic experiences transformed his vision of the world, he values the richness that lies in the travelling process – striving to discover other cultures. This is a passion that he holds onto, as soon as he gets the time, he’s gone. His latest destinations: China, Brazil and Peru. Ah, beautiful world!

On a professional level, Michael has always wanted to work for a leading firm in the consumer goods. He worked for Dove product brand until 2008, the same year he finally got what he had been wanting for so long: leave for Hamburg to work for Unilever. But suprinsingly he declines the offer to follow his childhood dream: work in the Big Apple. The influence of Frank Sinatra, who cradled his childhood? Surely, but that’s isn’t it, Michael loves to compete and wants to be involved with the best in the world. In New York, he joined Avon, a leading company in cosmetics – Being the global brand manager for a famous hair product brand. After four intense years, Michael feels that it is time to move onto the next step: New York City is not a place for routine lovers – “you must adapt and work hard to stay ahead of your game” says Michael.

After identyfing a lack of information in the global economy, he co-founded Soshio in 2012, which provides insight about Chinese consumers to western companies, They do so from analysises of real-time Chinese social media. The company is ranked in the top 100 of the most promising companies working on Big Data by CIO Review Magazine. Needing a new challenge – obviously – he sold the company in 2014, transiting to a new adventure in the tech scene: he is currently partner of a start-up that offers online courses to teach small business about social media marketing. Working in the startup world is challenging! To balance everything out, Michael took over what a handful of UBS employees had created a few years ago, which gathered only a few dozen folks, then : a social gathering of Swiss nationals living in the city, one place a month – Swiss Drinks NYC. Ta-da!

This enables new expatriates who have recently moved to New York to meet other Swiss to share their experience. Love the concept, approved! There are more than 800 members on their Facebook group which grows daily. The gatherings are mostly Swiss but open and counting many other nationalities and Swiss lovers.

It is while living in New York that Michael realizes what being Swiss is a blessing. In this city and during his travels, he noticed a characteristic of our population: lack of pride in our origins. According to him, there is something to be proud about, not in a patriotic fanaticism way, but because our economy is thriving. The security is flaw-less, the education is of high quality, and our heritage is rich in culture.

“With increasingly fierce global competition, relying on the famous Swiss ‘quality’ is not sufficient. We must learn to also sell our other qualities, because it is the sum of all our qualities that makes us great, that includes our diversity.” If you decide to visit New York or give it a try professionally or simply want to get drunk, join us! Register on the Facebook page of the Swiss Drink NYC or visit his web site.