Dancing from Geneva to New York 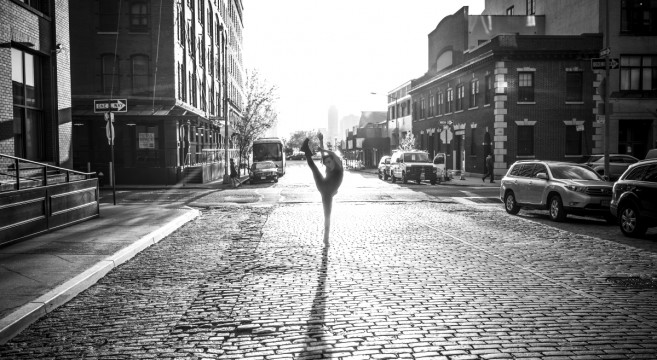 Professional dancer and choreographer, Nicole von Arx was born in England and raised on the shores of Lake Geneva in Switzerland. She now considers New York her new home and source of inspiration.

Although travelling regularly for her professional obligations, throughout the USA and Europe, New York draws her back like a magnet.

Trained in Geneva with renowned artists such as Marie-Christine Maigret de Priches, Etienne Frey from the Ballet Béjart, and Hélène Roux from the Grand Théâtre de Genève, Nicole von Arx moved to New York in 2008, to study at the prestigious Alvin Ailey School, based on 9th Avenue.

From which she graduated with success 3 years later and then subsequently obtained her O1, the Artists Visa.

Based in Manhattan, today she works as a freelance dancer and choreographer in between Europe and the United States gaining numerous of exceptional experience.

She has danced for he Metropolitan Opera and Carte Blanche, The Norwegian National Company of Contemporary Dance. In March 2013, she won the First Prize and Audience Choice Award with the choreographer Bryan Arias at the 6th International Choreography Competition in Copenhagen. Since the autumn of 2014, she has been working with New York choreographer Loni Landon – on a project in collaboration with the LevyDance Company, which is situated in San Francisco – and also as her assistant teaching new creations to the students of the famous Juilliard School in New York.

Life is a dance

“As much as I love what I do, it is not always easy to lead the artist nomad life and having to constantly hustle. ”

Always seeking new opportunities, the next gig, always keen for new challenges, she must nevertheless be ready for anything at any time and be able to handle failures as well as successes.  Since her years at school, she has become a virtuoso at organizing her life and planning her timetable.  Back in her days in Switzerland, she dashed from Nyon to Geneva, missing the last class at school, to take the train to dance school for her daily training – finding time to catch up on her homework late at night.  Today, nothing much has changed in her busy life – her days filled with rehearsals, auditions, photo shoots, daily dance training and teaching hours.

This summer, she presented her work as a choreographer at The Current Sessions, a festival for young talent in New York, and collaborated with the London producer Legomec, also know as Michel von Arx – her brother.  Their last piece of work, created with the Austrian Director, Aksel Stasny, can be seen on Vimeo.

This winter, Nicole will be in Chicago for 3 months, dancing at the Lyric Opera for the choreographer Jasmin Vardimon, in Wagner’s opera Tannhäuser.

We’ll all be going to see her, for sure!

What she misses most from Switzerland:

And we miss her too, for sure.

Previous post:
This artist loves to draw you naked Next Post:
A pocket-sized medical lab being tested at the CHUV